YOUth Choose: Stories that Made Lives Beautiful During COVID-19 Pandemic 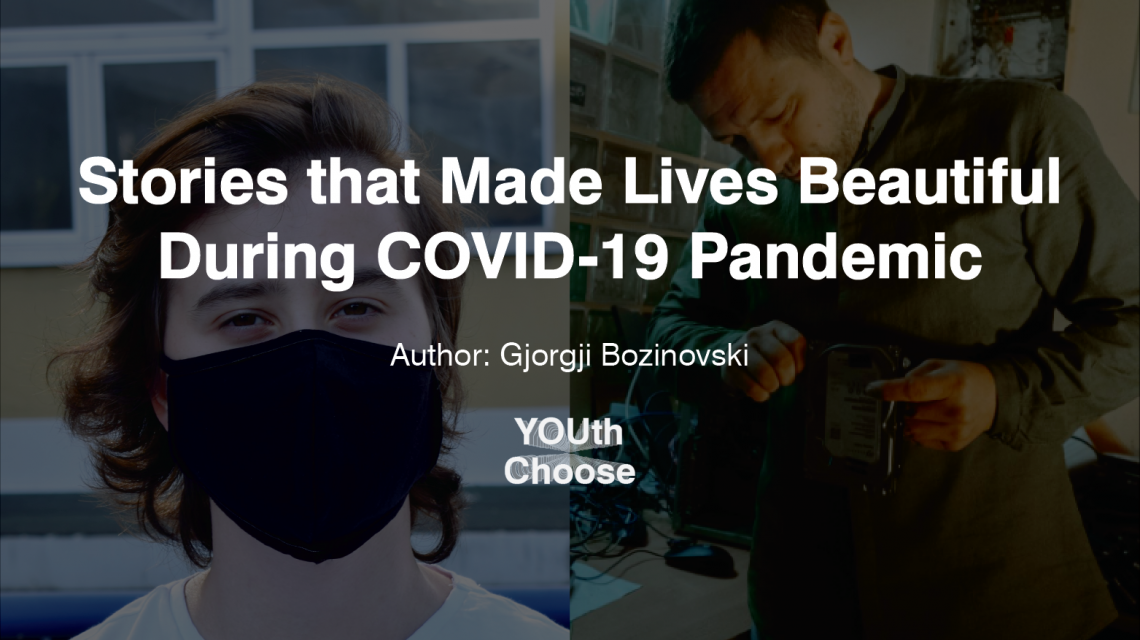 One such positive story is about the student Elena Saveska from the city ​​of Tetovo in North Macedonia. Revolted by negative phenomena in society such as sexual harassment, domestic violence, femicide, nationalist and fascist speech and symbols, police brutality and hatred, Elena started the “Stop and Think” initiative.

She wanted to raise awareness among people, of the things they do, what they say and what consequences they cause, and during the pandemic she put up posters with messages in the Macedonian and Albanian languages in public places or on the walls of institutions responsible for the problems covered in the messages.

After that, she posted these posters on social media to reach as many people as possible, since during the pandemic they spent most of their time on such media.

“The aim of the action was peace. All of the messages contain the key issues of building a positive future in a community,” Elena explains. “I want to see, and I believe it is possible to achieve a change in the way of thinking and acting in each individual. That is what actually builds entire societies. I also want to see solidarity, altruism and empathy,” she adds.

The messages that echoed through Tetovo and throughout social media referred to police brutality, social and gender inequality and hatred. This student of International and Intercultural Studies called for better upbringing and tolerance, against the marginalization of certain communities. Elena pointed to hate speech, victimization, stereotypes and discrimination on various grounds, to the sexual harassment and environmental pollution, to all of the topics that are still viewed with contempt and ridicule in the society.

Meanwhile, others also decided that the pandemic would not stop them in their urge to continue making the lives of young people in the society better.

Borche Stamenov is a computer repairman from the city of Kavadarci in North Macedonia, but most people know him by the hashtag #DonateComputer (#ДонирајКомпјутер), which is the title of the humanitarian action he started four years ago. This civil initiative started quite by accident, when a mother from a soci ally disadvantaged family visited the company where Borche works and asked for an old computer for her children.

“I fixed an old computer we had in our warehouse and I delivered it to their home. The joy of the children was indescribable. That was the “click” for this whole charity action. I had about 10-15 old computers that I repaired and I

distributed. I also created a Facebook page and launched a call for everyone who had an old computer to donate it. The call was answered by many companies and a large number of individuals,” Borche tells us.

Although at first he planned to repair about a hundred computers and donate them to poor children and young people, he did not expect to reach 613 donations to date, in many different places in North Macedonia or as he says: “There is almost no place where our action did not help anyone”. In fact, most of the computers were donated in time of the pandemic, when, due to remote learning, the number of applicants and donors of computers rose sharply.

All devices and parts are donations from people and companies he collects through his Facebook page, through which he also finds the families to whom these donations are most needed. The action is promoted mainly through his Twitter account, and since the beginning of this year there is also a website where anyone who wants to donate can send email or call by telephone. Almost any type of equipment can be donated, mostly computers, but also monitors, keyboards and computer mice, power cords, headphones, speakers and cameras.

“Everyone can donate what they have. We will find a new home for every donation. We will bring a smile to many more faces. We, as an idea, will do our best to make our society more beautiful and equal for all, without spending a single penny,” Borche says.

The stories about Elena and Borche show us that there is no such thing as “bad timing” to come up with an idea through which you can make someone’s life better and that sometimes, you don’t even have to invest a lot to make the world we live in a better place, one moment at a time.

This story was produced during the three-month Program for Students of Journalism in the Western Balkans within the framework of the advocacy project “A Better Region Starts with Youth” implemented by RYCO with the support of the Federal Republic of Germany. All journalists’ work is their own and the content of any given article does not represent the opinion of RYCO, and RYCO cannot guarantee the validity and the accuracy of the information that these stories contain. 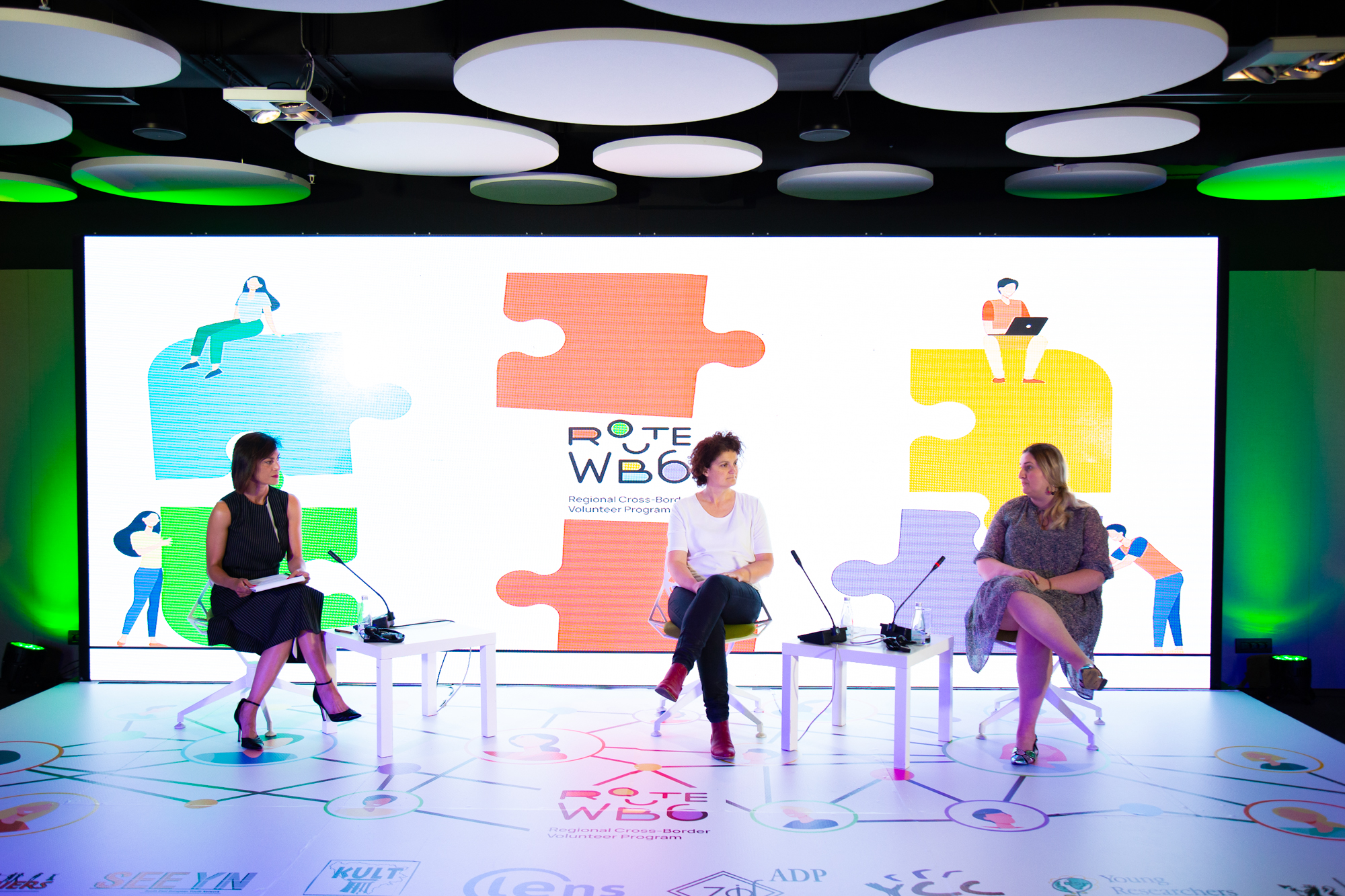 ROUTE WB6 REGIONAL CROSS-BORDER VOLUNTEER PROGRAM HAS BEEN PRESENTED
The Regional Cross-Border Volunteer Program ROUTE WB6 has been presented in Podgorica, Montenegro on Tuesday, 8 June 2021. The program represents a un...

YOUth Choose: Let’s Travel through Taste
WESTERN BALKANS – COVID-19 has ruined most of our 2020 travel plans and life has been a bit duller than usual. But that’s on us. We could find a w... 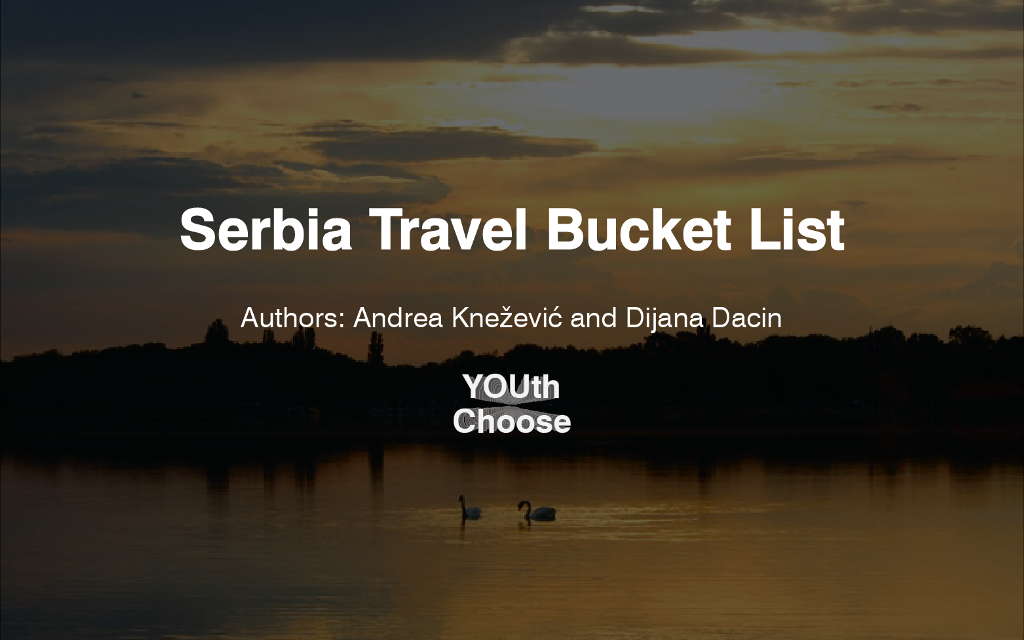 YOUth Choose: Serbia Travel Bucket List
Whenever we think of places we want to visit, we usually go for foreign places and cities. The world is full of beautiful locations and some of them a...